skip to main | skip to sidebar

Its Ok Not to Know... Co-creating the future 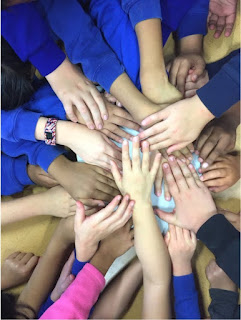 What will the future be like in 50 years’ time?

This is the question that began a journey into the unknown. Seven theatres from seven different European countries telling newly minted stories written by 3000 children. There were many unknowns.

·      How will the audience encounter the art?

As artists, one quality we need for the journey of artistic endeavour is the ability to be ok with not knowing. We know we are making something, and generally we know the time-frame but it is an open-ended creative process. We don’t know what the art will look like at the end. We shoot the arrow over the hedge and then run around to see where it has landed. Creativity is essential, but it’s a simple word for a complex process.

And beneath lies a host of words: invention, imagination, expression. The recent UK Durham Commission[1]defines creativity as “the capacity to bring into being something that was not there before.” There is no single word for the ability to be ok with not knowing—the poet John Keats has the phrase ‘negative capability[2]’, the capability of “being in uncertainties, mysteries, doubts.” This is a ‘must have’ when we begin the artistic journey towards the unknown.

The project is targeted at children aged 7-11 years old. One beginning was to place a ‘box from the future’ in the centre of a circle of children and to invite the children to imagine it had arrived from the future. What is in the box? The children crept towards the box, eyes wide, full of excitement and tension, the moment before the box is opened. Imagination is always bigger, wilder, and more fantastical than the reality.

The audience at the start of a play are ready for surprise in the story. Even though we may not like surprises in real life, we enjoy a twist or the unexpected. The atmosphere can be set by the actors meeting the audience outside the theatre space and standing alongside them, or directly meeting their eyes as they enter the space, with the message, we are going to tell you a story, it will be exciting, mysterious, scary, playful, sad, funny, we are not quite sure what will happen, but we will be there alongside you, not ahead of you, discovering, as the story unfolds and the characters transform. It is a journey into the unknown. The audience welcome the thrill of stepping into the unknown, but feel reassured by the contract that this is art, the story will end and they will be returned to their world with the hope of possibility.

When we ask what role art can play in children’s lives, or in our lives, it is a bigger, much harder question to answer. Aside from the inevitable final full stop, our lives keep going and move from one experience to another without the frame of art. There are many approaches to measuring the impact of art on children’s lives but ultimately the experience of art is subjective and defies objective measurement. One child will imagine differently to another—that is the infinite power of the imagination.  However, it is still a question worth asking.

So, another beginning for our project was to ask the children to write a wish for the future on a postcard. Our contract with them was that we would send this postcard back to them one year from the date they wrote it. In addition to asking what role art can play in children’s lives, we could also ask what role children can play in art? They are the future, so it is right to include some of their words. Here are some of their wishes.

To see my grandma one last time before she passed away

To stop humanity producing so much waste

To be a footballer, work for NASA and go to space

When they receive their postcard in the future, one year later, it will bring a reflection both on their past, their involvement with the project, but also a sense of time and the future. No one knows what the future holds but art can imagine it and give it shape.

This article was commissioned for the ASSITEJ Magazine Towards the Unknown: Starting the Journey published for XXth ASSITEJ World Congress and Festival in Japan.

Hackney To The Favela

Posted by michael at 2:13 PM No comments:

Co-creation - making stories for and with children 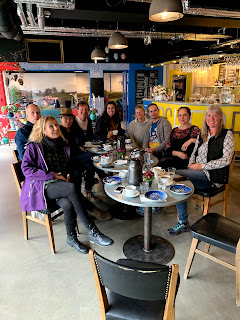 Theatre Oshererred - reflecting on co-creation process with children as experts of their own world. How do we honour an exchange with 3000 children in 7 different European countries? How does the professional process relate to the children as artists and authors in their own right?
Posted by michael at 2:29 AM No comments: 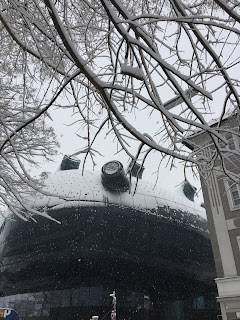 Workshops in a multi-cultural school in Graz, Austria, co-creating stories about the future. Lots of different languages. Snow and the Alien building in the centre of the city.
Posted by michael at 2:28 AM No comments:

I pretend I hate you but I have a fantastic complicite with you.

In England you lie a bit, in Sweden they lie less, Denmark too they are boring not liar, but in Spain its fantastic, everyone they lie from morning to night.

People who say the truth, it’s the enemy of everything.

We are more happy with liar than Mother Theresa.'

Posted by michael at 2:18 PM No comments: 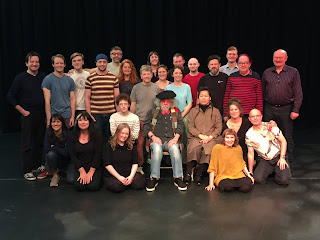 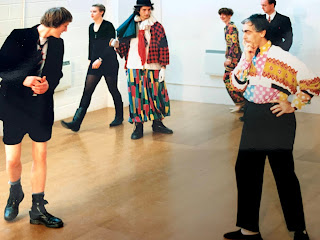 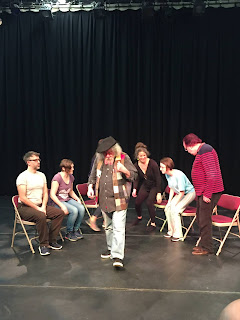 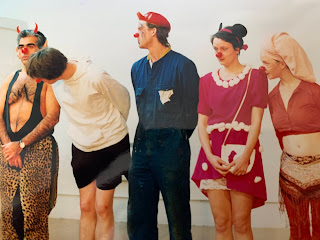 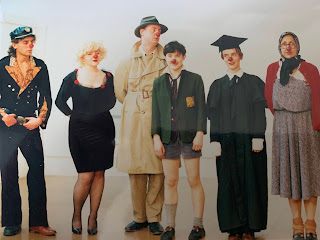 Posted by michael at 2:16 PM No comments: 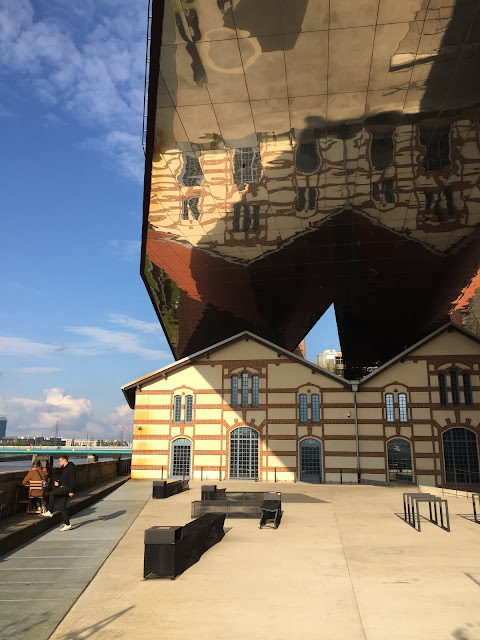 Posted by michael at 1:45 PM No comments:

This blog began in Brazil as part of the British Council Artist Links programme. It includes a year in Dundee, based at Dundee Rep Theatre as Associate Director. And various writing on making new work, Shakespeare, Participatory practice, Young peoples theatre.
For Brazilian collaborators and those interested in The Pericles Project, please see www.PericlesfromthePortuguese.blogspot.com